THE ART OF BEING DOMINANT 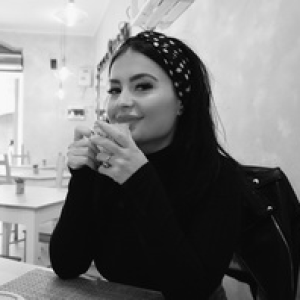 Let’s suppose I was born ‘dominant’, not in the sense of imposing my will by force, rather, it was simply others who followed me of their own will because they recognized the fact that I am a natural born leader.

All this, despite the fact that I was no way trying to act “dominant” . I won’t hide the fact that this dominance of mine often bothered me; For example, some of my relationships abruptly ended because the average man doesn’t accept a woman who, with her natural dominance, comes to make you feel inferior to her.

Again, it must be pointed out that this was not done intentionally. It simply happened. It’s not as though I felt pleasure in doing it. It was always a case of my natural dominance taking over without me ever realising it.

Being a very introspective person, I began to ask myself questions about whether or not to tone it down.

However, this conflicts with the point made earlier: It is a natural occurrence, so how would I go about toning down my dominance when I am not trying to impose it in the first place?

Upon reflection, I came to the realisation that it’s wrong to try to repress one’s own nature. The way I see it, if you try to hide your true nature, all you accomplish is hurting yourself. I found this out the hard way.

I have applied fetishism online. I made fetish photos and they were then posted online and then swiftly commented on by fetishists. On these occasions I realized that, although I knew what it was about, I had never really thought about the subject in great detail.

I have an ’empathic’ approach with my clients. When we cam on skype, I just have to look at them to ‘frame’ what their desires and inclinations may be.

For them, the session has a double value of liberation and ‘pampering’, because in that moment they find themselves with their defenses down. They put themselves in your hands, so you have to be firm but pamper them at the same time, because to get out of the cage of their daily reality they need you. So after a session, out of respect for the client, I always ask how they felt and everyone, with the exception of those who put up that emotional wall which we have discussed before, are grateful that they had the experience.

During our sessions, it is clear that I am the mistress and they are the slaves and thus they are the one to submit.

However, once the session is over it’s time for ‘after care’ as it were, which consists in taking care of the slave after a session in which you’ve set so many emotions in motion.

Something as simple as a hug can go a very long way.